Home/Research Highlights/What is past is prologue: A population-based case-control study of repeat victimization, premature mortality, and homicide

What is past is prologue: A population-based case-control study of repeat victimization, premature mortality, and homicide 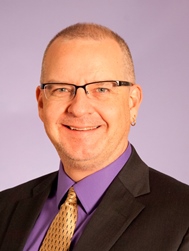 ABSTRACT
We examined risk of male premature mortality associated with recent criminal victimization. Prior victimization is among the most consistent predictors of future risk but the explanation of repeat victimization remains elusive. Two general perspectives frame this debate. According to the state-dependence perspective, repeat victimization is forged through intervening processes connecting an initial with a subsequent violent victimization. According to the risk-heterogeneity perspective, this association is spurious because all victimization events for a person result from underlying individual traits. Research on health outcomes and premature mortality provides related, but often overlooked, conceptual assumptions about the co-occurring health burden of preventable injuries and disease. We extend and apply each of these perspectives in the current study to assess the nature and sources of repeat violent victimization. Data were from the Izhevsk (Russia) Family Study, a large-scale population-based case-control study. Cases (n = 1750) were all male deaths aged 25–54 living in Izhevsk between October 2003 and October 2005. Controls (n = 1750) were randomly selected from a city population register. Key independent variables were prior year prevalence of violent, property, and residential victimization. We used logistic regression to estimate mortality odds ratios. Results provided evidence for state dependence. We found that (i) after controlling for indicators of risk heterogeneity men who had been victims of violence (but not property or residential crime) within the past year were 2.6 times more likely than those who had not to die prematurely; and (ii) the only type of death for which risk was higher was homicide.