Punishment and solidarity? An experimental test of the educative-moralizing effects of legal sanctions 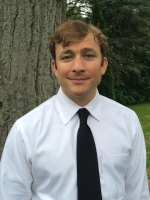 Objectives: Both scholars and legal practitioners have long theorized that a central function of criminal punishments is to reinforce moral values and, in so doing, symbolically reaffirm the vitality of the shared beliefs that underpin social trust and bonding—or what Durkheim refers to as “mechanical solidarity”. Crime, according to this theoretical scholarship, is a symbol of disconsensus and possesses the potential to trigger a demoralization cascade. Punishment counteracts the demoralizing effect of crime by demonstrating that a consensus remains about the moral boundaries in society and that legal authorities continue to have the motivation and resources necessary to enforce this consensus. Versions of this denunciatory or expressive theory of punishment can be found in the criminological, sociological, and legal literatures. All varieties of the theory share a common feature: to date, they have largely escaped empirical scrutiny.
Methods: The current study tests this theoretical tradition’s foundational hypotheses using data from a randomized factorial survey experiment conducted with a sample of 5042 Americans.
Results: The findings provide no support for expressive theories of punishment. However, the evidence does show that punishment may play an important role in reducing the emotional impact of crime on citizens. Specifically, when the offender is caught and punished it appears to diminish the aversive emotional reactions (e.g., anger) caused by learning that a crime was committed in the first place.
Conclusions: Our study suggests that, although punishing crimes may not influence individuals’ social or moral beliefs, it might serve another important function by attenuating potentially criminogenic emotional reactions to crime, such as anger. The sanctioning effect, then, shares similarities with conventional coping mechanisms described in general strain theory.