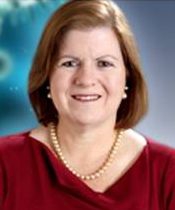 Abstract: To identify factors associated with continuity of care and human immunodeficiency virus (HIV) virologic suppression among postpartum women diagnosed with HIV during pregnancy in New York State.This retrospective cohort study was conducted among 228 HIV-infected women diagnosed during pregnancy between 2008 and 2010. Initial receipt of HIV-related medical care (first CD4 or viral load test after diagnosis) was evaluated at 30 days after diagnosis and before delivery. Retention in care (2 or more CD4 or viral load tests, 90 days or greater apart) and virologic suppression (viral load 200 copies/mL or less) were evaluated in the 12 months after hospital discharge.Most women had their initial HIV-related care encounter within 30 days of diagnosis (74%) and before delivery (87%). Of these women, 70% were retained in the first year postpartum. Women waiting more than 30 days for their initial HIV-related care encounter were more likely diagnosed in the first (29%) compared with the third (11%) trimester and were of younger (younger than 25 years, 32%) compared with older (35 years or older, 13%) age. Loss to follow-up within the first year was significantly greater among women diagnosed in the third compared with the first trimester (adjusted relative risk 2.21, 95% confidence interval [CI] 1.41-3.45) and among women who had a cesarean compared with vaginal delivery (adjusted relative risk 1.76, 95% CI 1.07-2.91). Of the 178 women with one or more HIV viral load test in the first year postpartum, 58% had an unsuppressed viral load.Despite the high proportion retained in care, many women had poor postpartum virologic control. Robust strategies are needed to increase virologic suppression among newly diagnosed postpartum HIV-infected women.