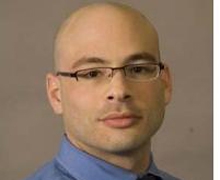 ABSTRACT
Minimal data exist regarding the neurotoxicity of perfluoroalkyl substances (PFASs) in aging populations and the possible mediating effects of thyroid hormones (THs). Hence, the aims of this study were to: (i) assess associations between PFASs and neuropsychological function, and (ii) determine if such associations are mediated by changes in circulating THs in an aging population. We measured perfluorooctanoic acid (PFOA), perfluorooctane sulfonate (PFOS), total thyroxine (T4) and free thyroxine (fT4) in serum and performed neuropsychological tests in 157 men and women aged 55–74 years and living in upper Hudson River communities. Multivariable linear regressions were conducted to assess associations between PFASs and neuropsychological test scores. Mediation analyses were performed in a subset of 87 participants for whom information was available on both PFASs and THs. We obtained TH-mediated, non-TH mediated, and total effects of PFASs on neuropsychological test scores. Overall, our results suggested a protective association between higher PFOA and tasks of executive function. A one interquartile range higher PFOA was associated with a 16% lower perseverative score (that is, improved performance) on the Wisconsin Card Sorting Test (p-value = 0.04). T4 and fT4 partially mediated the protective effect of PFOS on Block Design Subtest total scores, a measure of visuospatial function, in the 87 person subsample. Our findings do not suggest that PFASs are associated with poor neuropsychological function. There was some evidence of mediation for the association between PFASs and neuropsychological functions by THs, although some other modes of action also appear likely.