US Immigration Policy and the Case for Family Unity 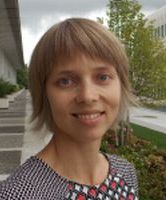 As the Trump administration contemplates immigration reform, it is important to better understand what works and what does not in the current system. This paper reviews and critically evaluates the principle of family unity, a hallmark of US immigration policy over the past 50 years and the most important mechanism for immigration to the United States. Since 1965, the United States has been admitting a relatively high proportion of family-based migrants and allowing for the immigration of a broader range of family members. However, restrictive annual quotas have resulted in a long line of prospective immigrants waiting outside of the United States or within the United States, but without status. Further policy changes have led to an increasing number of undocumented migrants and mixed-status families in the United States. Several policies and practices contribute to prolonged periods of family separation by restricting travel and effectively locking in a large number of people either inside or outside of the United States. On top of that, increasingly aggressive enforcement practices undermine family unity of a large number of undocumented and mixed-status families. Deportations — and even a fear of deportation — cause severe psychological distress and often leave US-born children of undocumented parents without economic and social support.

A recent comprehensive report concluded that immigration has overall positive impact on the US economy, suggesting that a predominantly family-based migration system carries net economic benefits. Immigrants rely on family networks for employment, housing, transportation, informal financial services, schooling, childcare, and old age care. In the US context where there is nearly no federal support for immigrants’ integration and limited welfare policies, family unity is critical for promoting immigrant integration, social and economic well-being, and intergenerational mobility.

Given the benefits of family unity in the US immigrant context and the significant negative consequences of family separation, the United States would do well to make a number of changes to current policy and practice that reaffirm its commitment to family unity. Reducing wait times for family reunification with spouses and children of lawful permanent residents, allowing prospective family-based migrants to visit their relatives in the United States while their applications are being processed, and providing relief from deportation and a path to legalization to parents and spouses of US citizens should be prioritized. The cost to implement these measures would likely be minor compared to current and projected spending on immigration enforcement and it would be more than offset by the improved health and well-being of American families.