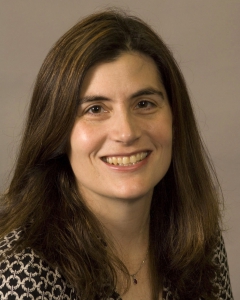 ABSTRACT
Background: Because of persistent concerns over the association between pesticides and spina bifida, we examined the role of paternal and combined parental occupational pesticide exposures in spina bifida in offspring using data from a large population-based study of birth defects.

Methods: Occupational information from fathers of 291 spina bifida cases and 2745 unaffected live born control infants with estimated dates of delivery from 1997 to 2002 were collected by means of maternal report. Two expert industrial hygienists estimated exposure intensity and frequency to insecticides, herbicides, and fungicides. Multivariable logistic regression models were used to estimate adjusted odds ratios (aOR) and 95% confidence intervals (CI) for exposure to any pesticide and to any class of pesticide (yes/no; and by median), and exposure to combinations of pesticides (yes/no) and risk of spina bifida. Adjusted odds ratios were also estimated by parent exposed to pesticides (neither, mother only, father only, both parents).

Results: Joint parental occupational pesticide exposure was positively associated with spina bifida (aOR, 1.5; 95% CI, 0.9–2.4) when compared with infants with neither maternal nor paternal exposures; a similar association was not observed when only one parent was exposed. There was a suggested positive association between combined paternal insecticide and fungicide exposures and spina bifida (aOR, 1.5; 95% CI, 0.8–2.8), however, nearly all other aORs were close to unity.

Conclusion: Overall, there was little evidence paternal occupational pesticide exposure was associated with spina bifida. However, the small numbers make it difficult to precisely evaluate the role of pesticide classes, individually and in combination.